To get ahead in business you have to take chances.

Now, nearly seven years later, Schroeder is taking yet another leap of faith by expanding her business into Riverhead with a new JABS on Route 58.

“I remember when I opened the first one saying that I won’t know until I try it,” Schroeder said, recalling the initial uncertainty of finding success. “Then we moved to a bigger space [in Cutchogue] and again I said, ‘Let’s try it and see what happens.’ Now we’re trying something new again.”

In 6 1/2 years in Southold Town, JABS (Joining Active Bodies Studio) has developed a reputation as not just a fitness center that promotes healthy living, but also as a business that gives back to the community. In 2012, The Suffolk Times named Schroeder its Business Person of the Year for that very reason.

She said the work her organization has done in the community has helped spread the JABS name across the region, attracting clients from parts of Riverhead Town. Having a location on heavily trafficked Route 58 — in the office complex across from Target — should make things easier for those clients and help her attract new people, she said.

“We’re excited to be able to bring JABS to new people who can take advantage of all we have to offer,” Schroeder said.

Launched at the height of the Zumba fitness craze, JABS has expanded dramatically to include a wide variety of classes and personalized training opportunities. Schroeder pointed to its LifeRide spin program, Pulse dance fitness, strength and circuit training classes and yoga as among the gym’s most popular offerings.

She said the Riverhead location, which will operate from four office suites, will offer the same programs as the Cutchogue location.

“We’re unique in that we offer so many different styles under one roof,” said Schroeder, who employs about 10 trainers.

Most of the Cutchogue staff, including Schroeder herself, will be present at the Riverhead location as well.

A biology/psychology major in college, Schroeder didn’t necessarily think she’d one day own a pair of gyms. She said that when she was hired to teach Zumba at Fitness Advantage in Southold she fell in love with the atmosphere.

“I loved running programs and the camaraderie,” she said. “I found it really inspiring and had a lot of people around me who said, ‘You should do more.’ ”

She admits she had no real business plan when she opened her first gym but quickly found success. The charity work also hasn’t stopped.

Earlier this year, JABS and several other businesses were instrumental in raising more than $60,000 to bring Project Fit America to the Southold and Greenport school districts in partnership with Peconic Bay Medical Center.

Even as a young mom with a busy schedule, she said finding the extra time to give back is the most rewarding part of being in business.

So does she see a third JABS in her future?

“It’s something I could foresee,” she said. “I’ve always thought it would be really cool to have multiple facilities in different locations. But wow, then I’d be completely gray by 40.” 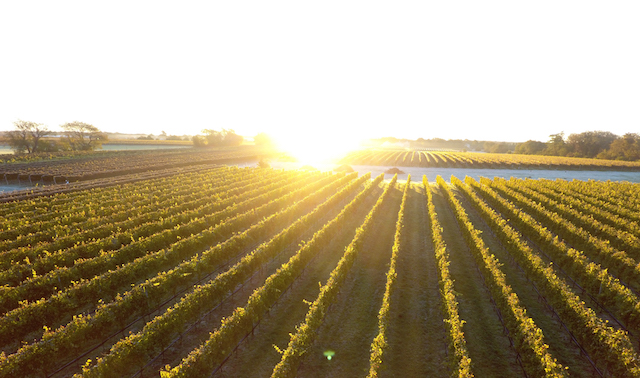