At Jerry and the Mermaid, an ‘ace’ waitress Lynne Andreotti carrying plates of sea scallops and vegetables on Monday night at Jerry and the Mermaid. (Credit: Krysten Massa)

If you’ve ever stepped foot inside Jerry and the Mermaid in downtown Riverhead, there’s a good chance you’ve noticed Lynne Andreotti. The 59-year-old greets most of her customers with a big hug.

The fact that Andreotti is one of Riverhead’s most beloved waitresses isn’t lost on general manager and executive chef Jerry Dicecco Jr., who calls her the establishment’s “ace in the hole.”

“People love her,” said Dicecco, whose parents opened Jerry and the Mermaid 23 years ago. “There are times where she gets twice as many tables as the other servers because every other table walking in the door wants her to wait on them.”

So, what is it about Andreotti that draws people to her in droves?

“The customers are like family to me,” she said, adding that it’s not uncommon for the restaurant’s regular guests to invite her to weddings, baby showers and barbecues.

Andreotti has been an employee at the East Main Street establishment practically since its inception. She moved to Riverhead in 1993 from Head of the Harbor and initially lived on a houseboat located at the marina next door to the restaurant. She was friendly with Dicecco’s family before Jerry and the Mermaid opened; when Dicecco was a boy, he went fishing with Andreotti’s son David.

Andreotti started her career at Jerry and a Mermaid as a hostess and didn’t think she would ever want to waitress. Before moving to Riverhead, she owned a nail salon in Miller Place and was a subcontractor for P.C. Richard & Son.

You can find Andreotti at the restaurant at least five days a week. On Monday night, she greeted regular customers Nanci and Mickey Mildenberger of Baiting Hollow with hugs.

Mildenberger added that she appreciates Andreotti’s knowledge of the menu and that she can make good suggestions.

“You can tell she is happy about what she does,” she said.

Andreotti plans to move away from Riverhead soon, but she has no intention of leaving Jerry’s. She said she’s watched the community change over the years, but she likes how Jerry and the Mermaid remains a comfortable, casual place for tourists and locals alike.

Dicecco said that’s his family goal — and although he has an extensive fine dining background, the restaurant has stuck with the same recipes and menu items for as long as it has been open.

He said he thanks his father for creating the platform for Jerry’s to be what it is, and for employees like Andreotti, who keep customers coming back.

Andreotti said she never realized what an impact she makes on guests.

“I just want to make everyone happy by the time they leave,” she said. “And full.”

She’s humbled to hear how much customers respect her, saying it’s nice to know her efforts at the restaurant are appreciated.

“It definitely makes me feel good,” she said. “It’s like I’m making a mark.”

Jerry and the Mermaid Riverhead 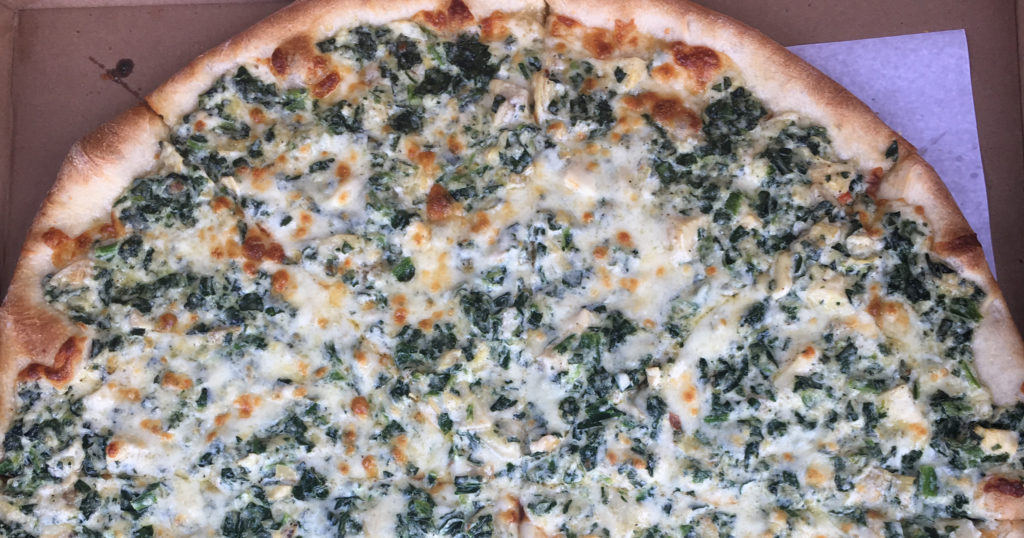