During the roaring twenties, a young Wisconsin farmer by the name of Julius Drover was hard at work making a profit off thirsty mid-westerners and dodging pistol-waving Prohibition agents.

Drover and his father had built a still on their family farm and grew their own corn and rye to make black market booze, a successful venture in the era of flappers and speakeasies.

“They called themselves whiskey farmers,” said Drover’s grandson David Page, co-owner of Shinn Estate Vineyards in Mattituck. “You don’t usually associate bootlegging with Wisconsin, but they sold as far north and west as Minneapolis and as far south and east as Chicago.”

Drover’s life as a whiskey maker lasted only as long as alcohol was outlawed in this country. He soon after went back to traditional crop and livestock farming when Prohibition was repealed.

“When Prohibition ended, my grandfather stopped distilling,” Page said. “He said ‘David, it’s not as fun when it’s legal.'”

Shinn Estate Vineyards has recently released an alambic brandy and an apple brandy to honor Drover, a big personality who Page said farmed under the same biodynamic principals as he and his wife Barbara Shinn.

The juice is fermented at Shinn and becomes hard cider or wine. The alcohol is then essentially boiled off and distilled.

“When you extract the alcohol, you end up with something quite different,” Page said.

The brandy has been aging in French oak barrels for four years, Page said. Shinn recently released a limited 200 bottles of each variety, which are for sale in the tasting room. There are about 12 additional barrels that will continue to age for a few more years.

He described the apple brandy as fresh on the nose with a “beautiful” acidic taste.

“There’s some spice notes that carry through like cinnamon, all spice and clove,” Page said. “It’s not sweet.”

The alambic brandy is richer in taste with more complex flavors.

“It has a beautiful rose petal aroma,” he said.

Page, who has previously commemorated his grandfather when he and Shinn opened “Drover’s Tap Room” in the West Village in 1997, said the brandy was the perfect vineyard offering to honor his granddad’s legacy.

“I needed to wait until I had something special [to name it after him],” Page said. “He was a very special man in my life. Adventurous, rebellious, very interesting and connected to the natural world.”

Julius Drover Alambic Brandy ($75) and Apple Brandy ($55) are available in the Shinn tasting room located at 2000 Oregon Road in Mattituck. Northforker Neighborhoods: Mattituck has everything that makes the North Fork special

If we were to pick one word to describe Mattituck, it would have to... 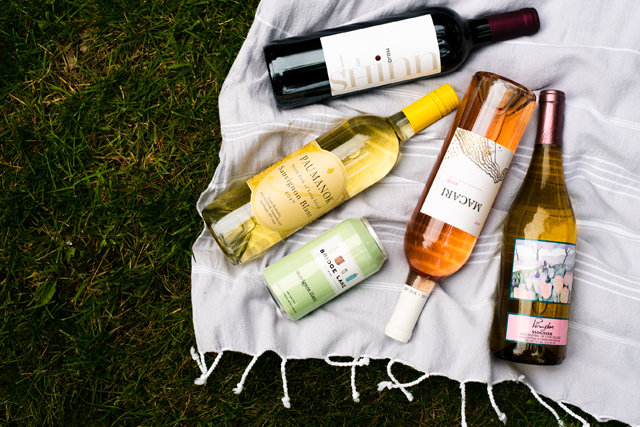 North Fork summers present plenty of reasons to raise a glass — from dinners...