Emily DeMarchlier in Greenport, where she aims to open up a new bistro this spring. (Credit: David Benthal)

Many Upper East Siders were sad to hear of the closing of the classic French bistro Demarchelier at the end of 2019. The small, New York City spot had been open for over 40 years and was a go-to for locals.

But later this year, Emily Demarchelier, daughter of owner Eric, plans to open her own version on the North Fork in Greenport.

“I am going to recreate the same vibe, the same French bistro,” she said. “A little more casual than the one my family has had in the city, but the same, you walk in, you feel like you’re in France.”

“I know I can recreate what I have in the city — a neighborhood restaurant — here in Greenport.”

She hopes to bring a similar neighborhood feel like her parents’ place brought to the Upper East Side when she opens near Stirling Sake on Main Street.

“We’ve always been a neighborhood restaurant,” she said. “It’s kind of like a family atmosphere. Everyone knows each other and the staff knows the customers and what they like to order ahead of time, as soon as they walk in. It’s just kind of a really friendly, neighborhood vibe.”

Demarchelier split her childhood between New York City and Shelter Island, so the move to the North Fork seemed like a natural transition.

“I’ve been really wanting to make the move out of New York City for a while, and I kind of saw this opportunity and business drive [in Greenport],” she said. “I was out on a Saturday night, and people were walking around — the shops were full. It was really encouraging to see.”

For all of you wondering about what kind of nosh will be available at the new spot, Demarchelier does plan on making a few changes to the menu, but keeping the classics intact.

“I’m sticking with traditional french fare. Steak tartare, cheese fondue, charcuterie plates, cheese plates — some of our favorites from the restaurant through the years,” she said. “I’ve seen the way people are eating is changing. A lot of people are not having a big meal. It’s more sort of nibbling on the different flavors. I’ll stick with a traditional menu, but modernize it in that way.”

But something that is most important to her is getting to know the year-round Greenport natives. Demarchelier’s goal is to open in April, before the seasonal crowds and tourists arrive, to acquaint herself with the community.

“I want to be a part of that community of tight-knit people. I would like to be able to meet the locals, the neighborhood people, so in the first month, I know that that’s ‘Shelley and Bob,’ and I know where they like to sit,” she said. “I always try to make space for my people.”

But she’s most excited to open a space of her own.

“I’ve always worked for my father and his businesses, and I’m excited to do it on my own and feed the people in the community and bring them a relaxed, French vibe to the town,” she said. “It’ll be nice to have that because there really aren’t any French bistros that I know of in Greenport. Or the North Fork for that matter.” 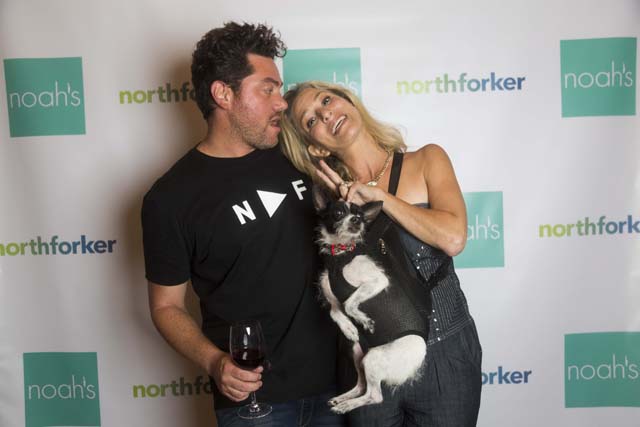