Why people are flocking to Babylon for duck and dumplings Chicken, pork, steak and fish tend to appear on most menus across Long Island. Diners might even get a taste of foie gras or roasted duck on some. But Jason Lee is introducing the South Shore to a bird of a different feather: Peking Duck.

Lee opened Long Island Pekin on Main St. in Babylon in June with the hopes of bringing authentic Cantonese cuisine to the area. The signature dish is the $55 whole Peking duck.

“We want as many people to enjoy it and make it not just for the elite … because bringing culture to an area that is unfamiliar with this specific part of China is important to me,” Lee said.

The price may seem high-end, but compare it to the $95 Peking found at Decoy in New York City and it’s a steal. The dish also feeds two to four people, and diners are already flocking back to the restaurant to have it again. Though Lee wants his dishes to be authentic Cantonese, he’s put a twist on the Peking to make it more approachable. Traditionally, Peking is served plain with pancakes or buns, but chef Leo Ou seasons the bird from the cavity and seals it up. The seasoning permeates the meat without compromising the skin, leaving it puffy, crisp and flavorful.

“If someone doesn’t want to have the pancake or buns with the Peking duck, it’ll still taste great,” he said.

Cooking and creativity have been constant ingredients in Lee’s life. Before his mother would allow him to use the stove, he would put food in the toaster oven while she cooked dinner. He went to school for economics, but dabbled in acting on the side, appearing in short films he admits “cannot be found anywhere” as well as a Food Network commercial.

One day, he stepped into Le Cirque in NYC and had a potato-wrapped sea bass that lingers in his mind to this day. Made with crispy potatoes that kept the juices in the fish, it was a five-star meal that gave him a taste of his future.

“Many [restaurants] have duplicated and do their own versions, but I distinctly remember how genius it was to keep the fish moist while adding incredible texture, since fish can be one-note,” he recalled. “I was 22 when I had that meal, and it was a revelation to what was possible for me.”

Lee has been working toward Long Island Pekin ever since. He opened The Grand Philipe with his father, a construction worker who invested in the restaurant, in 2004 and expanded it to eight restaurants before selling it about eight years ago. From there, he opened another restaurant, Red Stix, followed by his first Long Island venture, Kenta in Melville, which served standout sushi and sashimi from 2015 to 2016.

Lee and his wife moved to Long Island for her job two years ago, and the two learned in early 2019 that they were expecting their first child, a son, Reyn Oliver, who was born Nov. 1. Wanting to establish roots on Long Island, Lee and his business partners noticed downtown Babylon had its share of Italian and American restaurants and even a high-end sushi spot, Monsoon. But there was no Chinese and a space open after the departure of Asian-fusion eatery N’Joy.

“Babylon Village chose me,” Lee said. “This restaurant is a condensed-menu culmination of my favorite dishes.”

Lee decided he wouldn’t serve as the chef at this restaurant, instead handing over the reins to Ou, who he’s known for about a year. It has allowed him to focus on the business aspect of the restaurant and his growing family.

“When you are not in the back or the front, you have to trust the person [who is],” he said of the transition to businessman. “I’ve learned to let go of controlling everything, and I think that’s a big part of any business.”

Besides the Peking, Ou is cooking a duck scallion pancake that allows people to taste of the restaurant’s favorite bird without getting the whole thing. It’s a crispy pancake stuffed with the Peking and looks like a quesadilla. The made-from-scratch dumplings have already developed a following so big Lee is working on a line of frozen ones to sell at the restaurant. 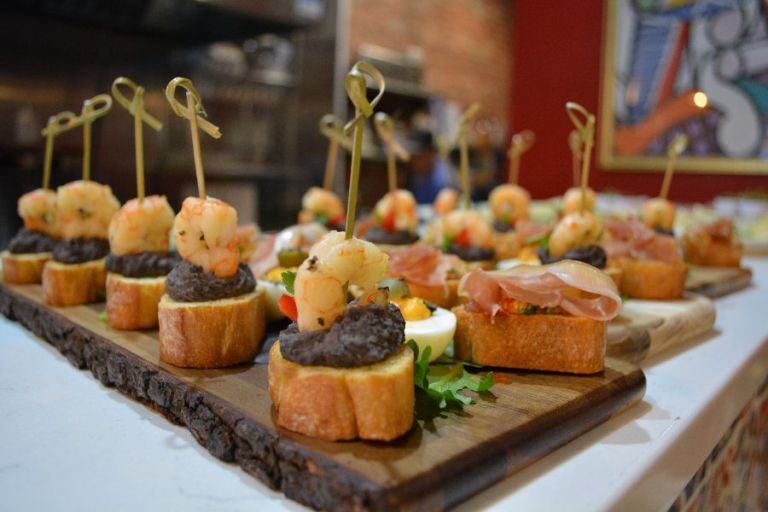 Eat your way around the world at these Long Island restaurants

Brought to you by: Summer travel season is coming to an end (sniff), but...