With opening of Anker, trio of restaurants has taken shape in Greenport Overlooking Greenport Harbor is a building modeled after a multi-level sailboat with a mahogany hull, a brass deck and a broad yellow and white sail overhead. Her name? Anker.

A seafood restaurant at the corner of Front and First streets in Greenport, Anker opened earlier this month and was carefully designed to fit comfortably into the maritime tradition of the town it now calls home.

Father and son Christoph and Robin Mueller brought Michelin-star rated chef Wolfgang Ban on board as co-owner in June, after they were introduced by a mutual friend. In addition to the Anker property, formerly occupied by Deep Water Bar and Grille, the Muellers also purchased the adjacent Industry Standard bar and restaurant last year, as well as the former Harborfront deli and restaurant directly across the street, where they opened Green Hill Kitchen.

“After our first two meetings,” Mr. Ban said, sitting at the head of what he calls the “captain’s table” on Anker’s second floor, “we decided that I would come out and open the restaurant.”

Mr. Ban grew up in Burgenland, a rural state in eastern Austria roughly 45 minutes southeast of Vienna. His family owned vineyards and both his grandmothers were passionate home cooks. He said they very much inspired him to pursue a culinary career. The Muellers told Mr. Ban that they did not have extensive culinary experience and wanted him to lead their three restaurants in Greenport.

“I understand the fears and worries of people in a smaller community,” Mr. Ban said in response to Greenport residents who expressed concern when all three locations were bought up in one fell swoop. “I grew up and I lived in a small town for 18 years, so I understood how a smaller community is more connected … and how they are critical of people who come from the outside. This is why we need to be very cautious and constantly reach out and show everybody what we are here for.”

The vision, he said, is to put the Village of Greenport on the map, connect farmers and winemakers and to use local ingredients as much as possible.

“We care about what’s available,” the chef said. “A lot of restaurants use fish that comes from very far — for instance, halibut — and I’m not saying that we’ll never do that, but our main focus is what’s really widely available. We have blowfish on the menu right now, we have porgies, we do fluke, all of the things which are really right in front of our door.”

In addition to an assorted selection of soups, appetizers and entrées, Anker also features a daily catch, which, on Friday, included grilled blowfish with salsa verde and salicornia, as well as grilled weakfish tacos. Mr. Ban said having some types of fish on the menu that are not as “famous” as others can result in tourists keeping their distance. For that reason exactly, he said, he wants to show everyone that less popular species can be just as tasty.

“We want to make sure that we don’t lose all the fish,” he said. “Everybody just fishes for certain species and they forget the rest of the fish. You need to think sustainable.”

While Anker is focused on seafood, vegetable dishes and grilled foods, Green Hill Kitchen, which officially opened in July 2018 but was closed temporarily for needed repairs and reopened in late April, has a meat-centric cuisine. Menu items at Green Hill, the largest of the three eateries, include smoked brisket, homemade sausages, burgers and steaks. Vegan and fish options are available, but the bedrock is the butcher shop. Green Hill also offers live music in its upstairs lounge, with a sound system purchased from Amagansett’s Stephen Talkhouse.

Industry Standard Bar, on the other hand, is moving toward becoming a tapas spot.

“Our offerings are, of course, some prosciuttos, hams and jamón, different cheese selections, warm olives, croquettes,” Mr. Ban said, but the owners are careful to avoid overlap. “We have a different burger over at Industry, we have our wings, we have our squid.” Industry Standard’s cuisine is also inspired by some Asian flavors, he said.

“At the end of the day, if we are a magnet that brings people to Greenport and to the North Fork, I think every other business will flourish through that,” he said. “And everybody who lives in the town, the real locals, will find income and jobs, hopefully, throughout the year. This is our goal, and we don’t want to make changes to it. We just want to offer healthy, good, fresh food.”

The top dishes at Anker? Mr. Ban suggests the wiener schnitzel, the only dish influenced by his Austrian roots, and one that he said he could not take off the menu even if he wanted to — because “my guests get very, very upset.” He also highly recommends the lobster, white asparagus and spinach appetizer as well as the cured fluke with fennel, sugar snap peas and shallots.

Mahreen Khan is a general assignment reporter for Times Review Media Group covering everything from local government and business to health, breaking news and features. She is a 2018 graduate of Stony Brook University, with degrees in Journalism and Psychology. 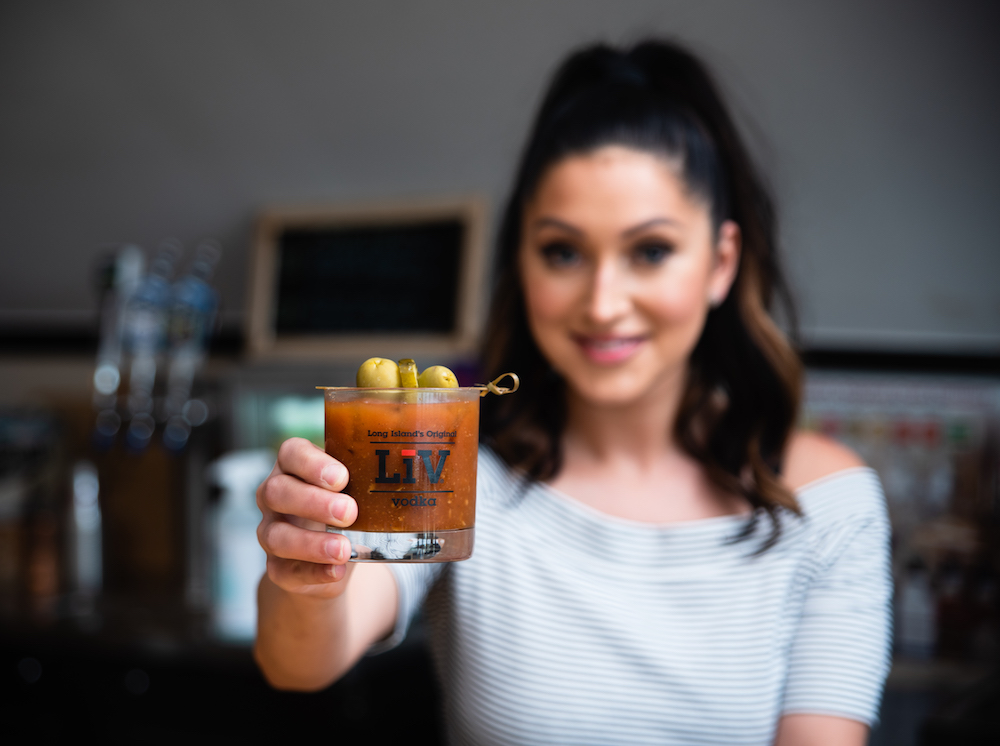 The former Deep Water Bar & Grille in Greenport is being transformed into a...