No summer is complete with out talking about jellyfish. Every summer, like clockwork, reports of jellyfish make the local news, keeping beachgoers on the beach towel out of fear of getting stung. Do jellyfish really warrant such fear or are they just another misunderstood ocean critter?

Along with corals, sea anemones and hydroids, jellyfish belong to the phylum Cnidaria, named from the Greek word cnidosmeaning “stinging nettle.” This is a very suiting name as all members of this phylum have tentacles that are armed with stinging cells known as nematocysts. Used primarily for feeding, a nematocyst is a mini, harpoon-like cell that is triggered either when it comes in contact with its prey or when it senses chemical cues in the water. Upon impact with its target, the cell will release venom that can cause paralysis or death of its victim.

These nematocysts can continue to fire long after a jellyfish has died, causing beachgoers to get mystery stings while bathing, especially after a couple days of stormy seas. Rough surf will tear jellyfish tentacles into many small, invisible pieces, setting them adrift in the wash. As bathers enter the water, they are stung while never actually seeing a jellyfish.

Fortunately for us, the nematocysts of a majority of jellyfish species are not powerful enough to penetrate our skin, therefore rendering them harmless. One such species, the moon jellyfish, is very common in our local waters. They are capable of growing to 15 inches in diameter and have very short stinging tentacles. Located in the center of its body, are four horseshoe-shaped organs, which are its stomachs. The color of the stomachs can be quite varied depending on the color of the plankton it has been feeding on.

Not all gelatinous creatures found in the ocean are true jellyfish (Scyphozoans). Another cnidarian, the Portuguese man-of-war, looks and acts very much like a jellyfish, but is actually a colony of four different types of specialized, free-floating hydroids. One single polyp forms its distinctive characteristic gas filled bladder. Three other polyp types form the feeding tentacles, defensive tentacles and the reproductive polyps. These colonies grow very large, more than 150 feet long, and pack an extremely painful sting. As drifters of the open ocean they can be found world wide in tropical and sub tropical waters.

Probably the most abundant “jellyfish” found locally are comb jellies. Not only are they not a true jellyfish, they are not even cnidarians. They belong to a group of animals known as ctenophores, which derives from the Greek word for “comb bearers.” Comb jellies are completely harmless as they lack nematocysts. Instead, they have sticky cells known as colloblasts that they use to trap their prey. Feeding on zooplankton, comb jellies are voracious filter feeders.

Comb jellies can put on quite the lightshow, especially when they are concentrated in large numbers. Having the unique ability to bioluminesce, they will often light up when disturbed. This can be especially noticed while running a boat at night. Keep a close eye on the prop wash from the boat’s engine and you will see bursts of light as the boat passes through them.

Even though jellyfish and their kin tend to ruin a day at the beach, they are vital for the survival of many marine organisms. Juvenile fish will seek protection among their stinging tentacles, similar to a clownfish with an anemone. While others, such as the mola mola (aka ocean sunfish) and the leatherback sea turtle, feed almost exclusively on these gelatinous animals.

Sadly, their taste for jellies has led to a dramatic decline in many of their populations. Having mistaken plastic trash (i.e. balloons) for jellyfish, they are accidentally ingested which later cause internal blockages that eventually lead to death.

For an organism that is 95 percent water and lacks vital organs such as a heart, brain or lungs, the jellyfish strikes as much fear in the eyes of a beachgoer as does the ocean’s top predator, the shark. And just like the shark, their bad reputation is often over exaggerated, while in fact they are a crucial part of our marine ecosystems. 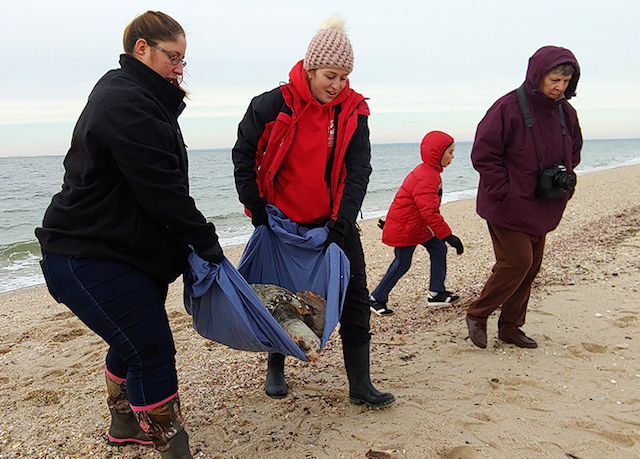