In June 2014, when Giovanni Borghese of Castello di Borghese Vineyards learned his father, Marco, had been killed in a head-on car crash, he had trouble processing the news. It made no sense — especially since his mother, Ann Marie, had died of cancer just 10 days earlier.

“My reaction was literally, ‘That’s impossible because our mom just died,’ ” he recalled in a recent interview. “…It’s an almost childish response. Those things don’t happen back to back.”

The shocking news rippled throughout the local wine community, which remembered Marco — a bona fide Italian prince who rarely used the title — and Ann Marie for their warmth and grace. Their Route 48 operation is Long Island’s oldest vineyard; the Borgheses purchased the property from the North Fork’s first vintners, Alex and Louisa Hargrave, in 1999.

Shortly after his mother and father’s deaths, Mr. Borghese said, there was work to do. Two and a half years later, the 31-year-old owns two-thirds of the company after buying out the interest of his older half-brother, Fernando. His sister, Allegra, controls the remaining share, although she is pursuing a Ph.D. at Fordham University while Mr. Borghese oversees daily operations.

This week, Mr. Borghese opened up about what it’s like to continue his family business, a path that hadn’t been laid out for him by his parents.

“I think on day one I knew that this was going to give me more purpose than any other role or position,” he said.

Mr. Borghese said he and his siblings weren’t involved in vineyard operations before their parents’ deaths. He studied entrepreneurship at Suffolk University in Boston and held various jobs after graduating from college, but his parents told him not to expect the winery would be in his future.

To learn the business, he turned to Borghese’s staff.

“When you’re surrounded by such a loyal and dedicated team such as I am, you get a lot of ‘We got its,’ ” he said. “But I know deep down inside I need to learn this. I cannot accept that response, essentially.”

With the help of his sister and staff, Castello di Borghese is still running. The business has retained many of its staffers, including vineyard manager Bernard Ramis, winemaker Erik Bilka and longtime general manager Evie Kahn.

“What keeps this place really going is there is a passion here that we all have,” Ms. Kahn said. “That’s what I got from Ann Marie and Marco and that’s what I continue to get with Giovanni. It’s a real testament to how he is making that transition. We’re all still here.”

These days, you’ll find Mr. Borghese pitching in during harvest, occasionally leading a vineyard tour or working Saturdays at the Grand Army Plaza Greenmarket in Brooklyn.

“I didn’t think that was what my parents wanted for me,” he said. “I think it was more me being out in a diverse world that really made them happy. It’s hard to speculate what would have happened if the events that took place hadn’t come about.”

But business, like life, goes on. The winery continues to produce about 5,000 cases a year of common Long Island varietals such as merlot, cabernet franc and sauvignon blanc. With 400 wine club members, it has maintained a steady following.

Mr. Borghese has hung the work of contemporary outsider artist Robert Perez in the tasting room’s gallery, released the winery’s first port (a fortified wine entitled “Afterglow” that features a label emblazoned with his sister’s artwork) and begun to offer more food-pairing events. The winery has also started to serve beer in the tasting room.

In the future, Mr. Borghese hinted, the winery might make its popular vineyard tours more interactive. He remained mum, however, on plans to do so.

Vineyard staff helped Mr. Borghese keep operations running after his parents’ sudden deaths, but he credits his sister with being his emotional rock and providing the inspiration to forge ahead.

“His transition into leadership has been thoughtful and it is impressive to see someone spread his wings the way Giovanni has,” Ms. Borghese said in an email. “He loves this business and it comes through in everything he does.”

The past few years have been ones of growth, maturation and learning. In that time, Mr. Borghese said, he’s realized that life, like wine, needs to be balanced in order to be any good.

“Patience and balance are probably two of the biggest lessons that my folks were trying to teach me,” he said. “I don’t think I ever really listened until the weight of the farm enveloped me.” 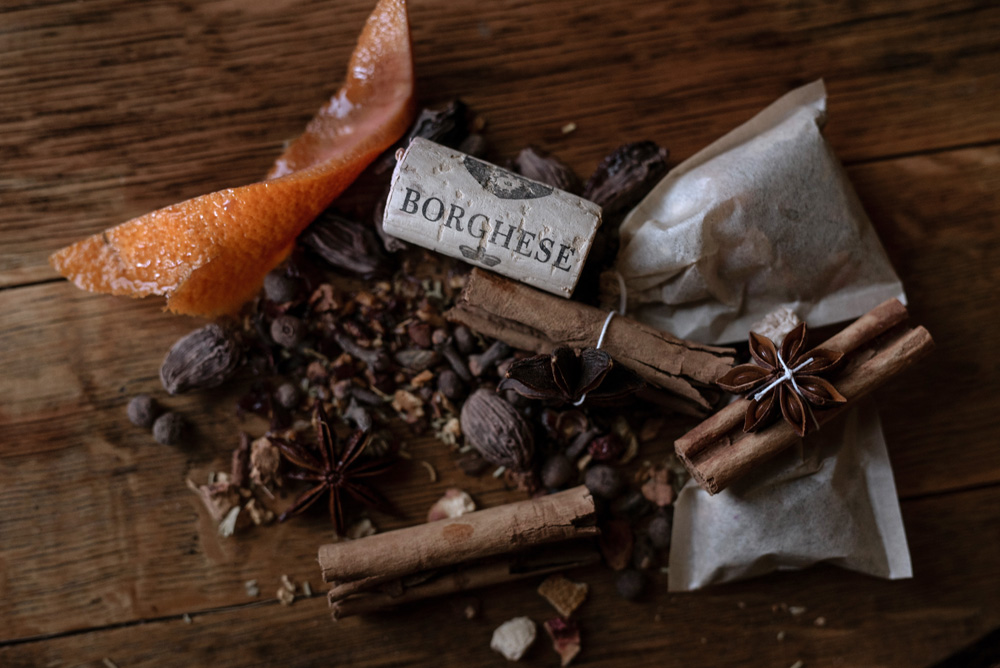 There are those who believe the perfect slow cooker recipe doesn’t exist. Castello di... We cook their eggs and drink their wine, but how often do we fully...