A cello, a flute, a violin and a keyboard are the only instruments the members of Basically Baroque need to fill a room with the beautifully sweeping melodies of sonatas like “Tri-Sonate,” a piece by 18th-century German composer Johann Joachim Quantz.

Last Thursday, the quartet did exactly that as they rehearsed at the Southold home of friend Ginger Jones for two free performances in early March at Floyd Memorial Library in Greenport and Shelter Island Presbyterian Church. Aside from Quantz, both concerts will feature music by composers Joseph Haydn, John Loeillet and Georg Philipp Telemann.

For the most part, Woelker and the group’s other members — flutist Bill Packard and keyboard player Linda Betjeman, both of Shelter Island, and violinist Dan Skabeikis of Southold — have had years to cultivate relationships with one another.

Exactly two decades ago, Basically Baroque made its debut performance at Mattituck Presbyterian Church. Since then, the quartet has played four concerts a year and performed at weddings and private parties.

“I think it’s beautiful,” Packard said of what attracted him to the genre. The term “Baroque” refers to a style of classical music composed from approximately 1600 to 1750. Famous period composers include Johann Sebastian Bach, George Frideric Handel and Antonio Vivaldi.

It has an interesting history, too, Packard added.

“Back in the Baroque days, music wasn’t always written for specific instruments,” he said. “Sometimes the flute, violin and oboe were interchangeable because they’re all treble instruments.”

The idea for the group took shape as far back as 1986, when Packard was studying flute with former Greenport resident Arthur Swan at what is now the East End Arts School.

“A lot of the music we were playing with our teacher was Baroque music because that was a very fertile period for the flute,” Packard said.

It wasn’t until 1994, however, that the two decided to officially form Basically Baroque with Woelker and Jones.

Swan, who recently moved to Europe, left the group in the early 2000s. Jones, who used to play keyboard, stopped performing publicly in 2013 but still rehearses with the quartet sometimes. Skabeikis joined the group in 2000 and Ms. Betjeman replaced Ms. Jones in 2013.

“I didn’t foresee the changes in the members,” Packard said. “I thought we’d be together forever, but I guess nothing’s forever.”

Other changes have been far easier to endure. Musically, Basically Baroque has improved over the years, Woelker said.

“Our performance has gotten better,” she said.

Ultimately, Packard said, Basically Baroque has been a very important and constant part of his life.

“It’s a social gathering, but I think it all boils down to music,” Woelker added.

The other members nodded in agreement. Brought to you by: Here on the North Fork, Dances in the Park is... Lineup announced for Greenport’s Dances in the Park 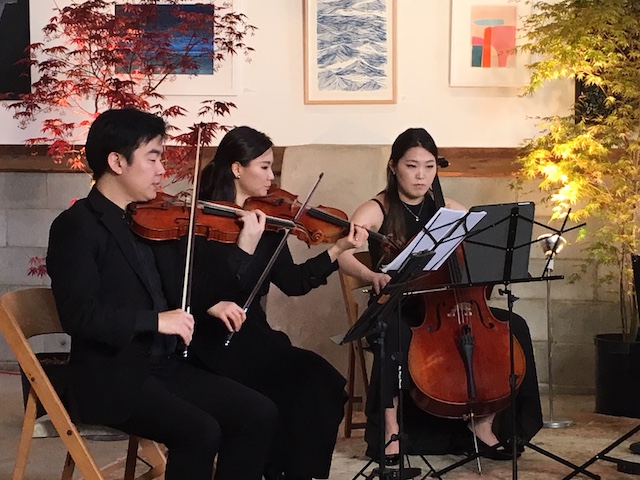 Rites of Spring Music Festival has returned for fourth season

The Rites of Spring Music Festival is back with a series of performances showcasing...