North Fork vintners: 2014 harvest was one for the books

For Palmer Vineyards winemaker Miguel Martin, it was clear that 2014 was an ample harvest when he had to buy an extra 750-gallon tank to ferment the Aquebogue vineyard’s viognier grapes.

“Before the harvest, when you walked the vineyard and saw the cluster count, you realized, ‘oh man, we’re going to be having a good year,” said Martin, who added that Palmer produced double the normal amount of chardonnay and sauvignon blanc this year. “But you never say that until you have all the grapes inside the winery.”

Vintners across the Long Island wine region this year are reporting a record grape yield, with some vines producing 25 to 50 percent above average. While numbers from the Long Island Wine Council were not yet available, anecdotal evidence suggests 2014 meant a deluge of fruit for local wine producers.

Russell McCall, owner and winemaker at McCall Wines, reported a record yield even though the vineyard staff pruned more grapes than usual this year.

While the Cutchogue vineyard typically reaps one and a half to two tons of pinot noir grapes per acre, this year that number climbed to two and a half tons per acre, McCall said.

“It was still 25 percent above normal even though we thinned it quite a bit,” said McCall, who is the biggest producer of pinot noir on the North Fork. “Everything we had this year was above normal.”

Experts say the number of grape clusters a vine will produce is in part determined by the previous year’s weather. A warm, dry June 2013 made for a fruitful cluster bloom in June 2014.

“If we get cloudy weather or persistent rainfall during that [bloom] period, those are the types of things that can depress yield the following year,” said Alice Wise, a viticulturist with Cornell Cooperative Extension. “In 2013, conditions were good.”

Not all those clusters will usually become berries, Wise said, but this year many – and in some cases all of them — did at some vineyards.

“This is my 25th vintage and I’ve never seen a consistent yield like this,” said Lieb Cellars winemaker Russell Hearn, who is also the manager and co-owner at Premium Wine Group in Mattituck. “You had 100 percent retention.”

“We had a nice sunny summer that goes a long way to producing nice ripe fruit,” Wise said. “We had good weather during June, so we’re hopeful that we set a decent crop next year as well.”

Rain totals at MacArthur Airport in June were only 1.79 inches, more than 2 and half inches below average, according to the National Weather Service. At just under three inches, the July total was about a half inch below average.

The totals for August are skewed after a rainstorm dumped 13.5 inches in 24 hours in western Suffolk County, but the North Fork only experienced a drizzle.

Hearn and McCall both said that while the 2014 yield was remarkable, oenophiles will remember the quality of the 2014 vintage when those bottles are uncorked. Dense grape clusters can sometime dilute a wine’s taste, but that does not appear to be the case this year, according to local winemakers.

Hearn said 2014 will likely be as high quality as or better than the 2010 vintage and perhaps as good as 2007, a banner year for the region.

“We had very balanced fruit chemistry, lots of color in the juice. Sometimes when you have a high yield it gets diluted. We got a very low acidity this year and low PH,” Hearn said. “It doesn’t happen as often this way.” These Long Island wineries are staying open for bottle sales

The Long Island Wine Council published a list Monday detailing what 18 of its... 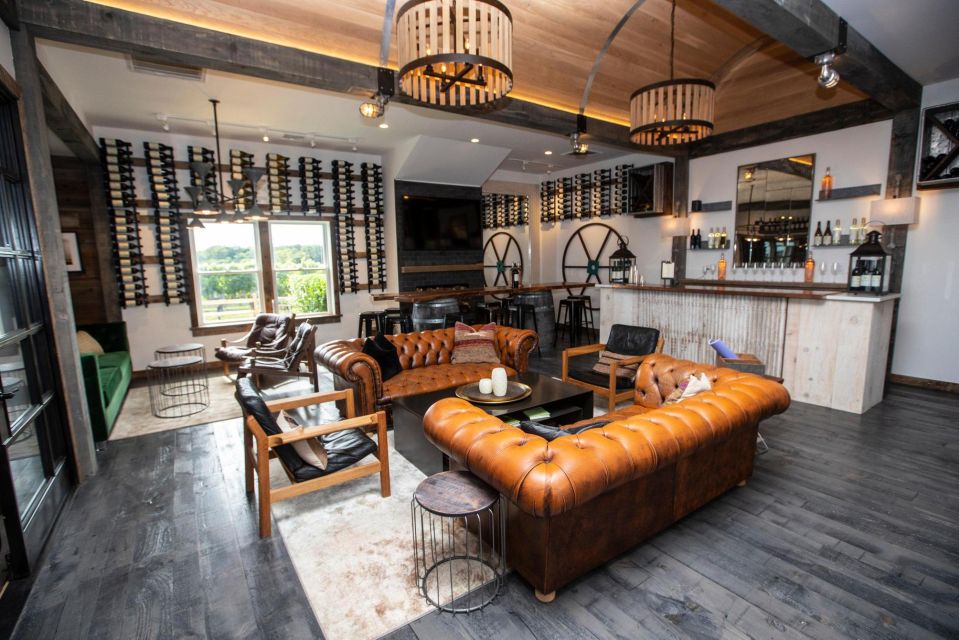