These giant tomatoes might look like mutants, but their genomes are likely less modified than many of the widely available crops.

Heirloom tomatoes, like the ones pictured above, were bred in the 19th century with the intent of improving the taste, rather than the shelf life or appearance, said Long Season Farms farmer Ken Jurow.

“They’re about 10 times as flavorful as beefsteak tomatoes,” Jurow said of the difficult-to-grow variety. “They’re very labor intensive. They need to be continually re-staked.”

A single tomato can reach up to two pounds, he said.

While Jurow has grown the crop using all-organic processes in the past, this year he has sprayed them with an antifungal solution after losing nearly 50 percent of the plants last year. He still grows them in organic soil and compost.

It’s been a decent season so far, he said, and the farm can yield 100 pounds of heirloom tomatoes a day.

“The weather has been great for tomatoes,” he said. “It’s been dry and sunny and not too hot.”

The farm is offering a slew of heirloom varieties, including yellow and orange cherry tomatoes, great whites, gold medals, green giants and German johnsons. Though Jurow has seen some early and late blight, the season seems to be a strong one for heirloom tomatoes.

“I can pick until October if the plant is healthy,” he said. “But that is a big if.”

Jurow is able to offer his crop earlier in the season because begins growing the tomatoes in a hothouse.

Long Season Farms is located at 1017 Main Road in Aquebogue.

Heirloom tomatoes will also soon be available at Garden of Eve Farm in Riverhead and Sang Lee Farms in Peconic. What’s in Season on the North Fork: Tomatoes

There’s nothing like a ripe, juicy locally grown tomato — especially of the heirloom... 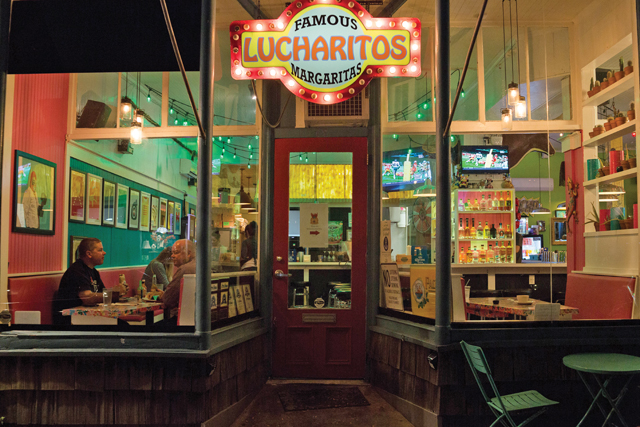 Bring on the tacos, Lucharitos is officially opening its new Aquebogue location on Friday....