Bald eagles to fly on Shelter Island this Independence Day

What could be a more patriotic nod to mark the Fourth of July than the sight of a baby bald eagle embarking on its first flight?

That would be two baby bald eagles seen flying high in the sky.

A pair of fledglings nesting at The Nature Conservancy’s Mashomack Preserve on Shelter Island are expected to take flight for the first time this weekend, “soaring to celebrate this Independence Day,” said preserve manager Mike Scheibel.

Their parents were discovered nesting at the preserve in March, the first time a nesting site had been found on Shelter Island.

It is the third known bald eagle nesting site on Long Island in recent years, according to a press release from the nonprofit.

“We couldn’t be happier that our national bird is gracing us with its presence and we hope this majestic species has a successful season rearing its young here,” Mr. Scheibel said soon after the nest was discovered.

Once mastering the gift of flight, will the birds fly south in the winter and return here? That’s possible, Mr. Scheibel said.

In Alaska, the birds tend to travel a bit south, while those in Florida tend to stay where they are, so it remains to be seen what the birds here will do, he said. Brought to you by: Look no further, northforker staffers Michelina Da Fonte and Michael... 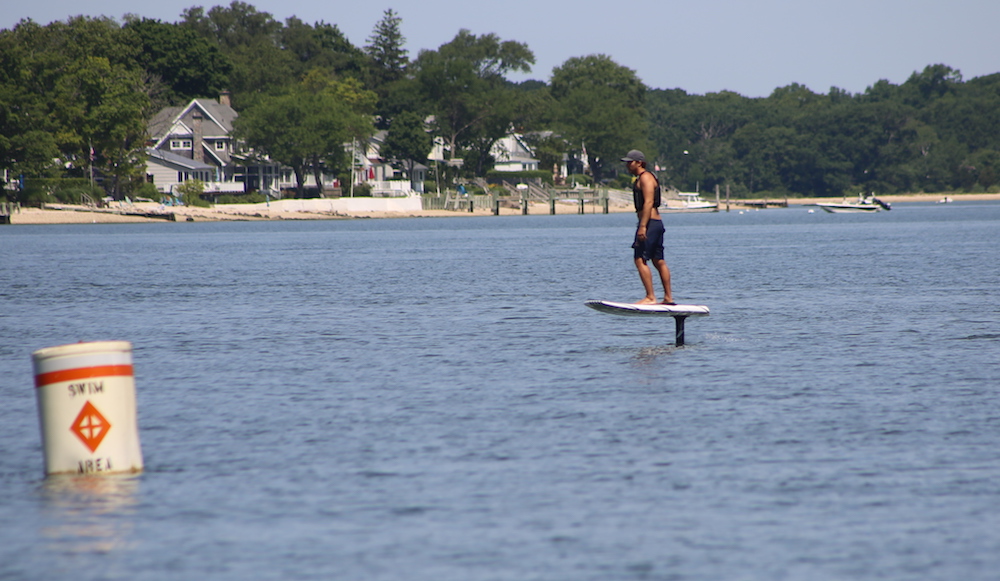